Sony SAB’s ‘Pushpa Impossible’ has carved a niche for itself in the hearts and minds of the audience not only with its heartwarming story but also with its strong female character Pushpa Patel (Karuna Pandey). Pushpa is a hardworking woman and is raising her children alone. Pushpa is currently fighting a legal battle with her landlord, Bapudra, to get back her home and honour. Advocate Damini Mehra (played by Mona Singh) will help him in winning this fight.

Damini Mehra, a highly skilled lawyer, is known for her high success rate as well as hefty fees. Knowing about Pushpa’s legal dispute against Bapudra regarding lease agreement and defamation, she decides to help Pushpa by fighting the case. Pushpa had unknowingly helped Damini’s daughter in the past and hence she decides to pay her favor by fighting Pushpa’s case without any fees.

‘Jassi Jaisi Koi Nahi’ star Mona Singh has been highly appreciated for her work in shows like ‘3 Idiots’, ‘Kya Hua Tera Vaada’, ‘Kehne Ko Humsafar Hain’ and many more. After a long gap of six years, she is back on screen and entertaining us with her character of a lawyer in ‘Pushpa Impossible’. Her entry in the show will bring a lot of drama and twist in the upcoming episodes.

Mona Singh, who plays the character of Damini Mehra said, “It gives me immense pleasure to be a part of such a wonderful show and to work with such a talented cast. I am playing a lawyer for the first time and I am enjoying it a lot. Damini is a very strong woman. She is the best in her profession and I am extremely grateful that I got an opportunity to play such a character. ‘Pushpa Impossible’ is a very inspiring and heart touching show and I play the character of Pushpa, a strong and brave woman lawyer who helps her in her fight to save her home and honour. I am getting a lot of satisfaction playing this character.” 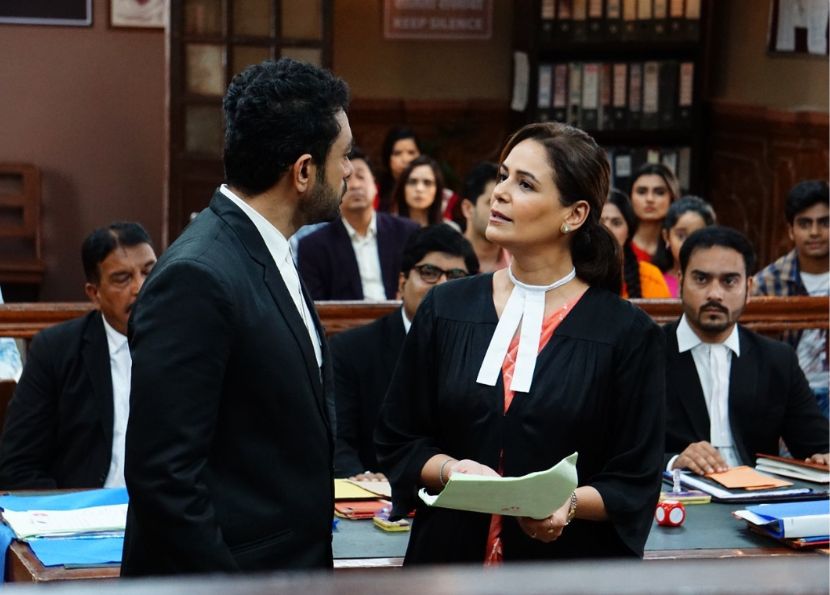 Watch ‘Pushpa Impossible’ from Monday to Saturday at 9:30 pm only on Sony SAB!

Mr. Perfectionist Aamir Khan does not believe in perfection, said- I am…