Hyderabad vs Mumbai: Rising fifties from Ishan Kishan and Suryakumar Yadav helped Mumbai Indians post a mammoth score of 235 for nine against Sunrisers Hyderabad in the do or die match of IPL 2021, their highest score in the history of IPL.

Jason Holder was the most successful bowler of Hyderabad. He took four wickets, but for this he spent 52 runs. Rashid Khan took 40 while Abhishek Sharma took two wickets for four runs. Umran Malik took one wicket for 48 runs while Siddharth Kaul spent 56 runs and did not get any wicket. Mohammad Nabi took five catches from Hyderabad, which is a new IPL record. If Mumbai Indians want to qualify for the playoffs, then they will have to beat Sunrisers by at least 171 runs i.e. to stop at a score of 65 or less.

Mumbai captain Rohit Sharma won the toss and decided to bat first, after which Ishaan gave the team a stormy start. After hitting a six on Mohammad Nabi in the first over, Ishan hit four consecutive fours on Siddharth Kaul in the next over.

Ishaan is only the second batsman to score a fifty in the first four overs of an IPL innings. Earlier, Punjab Kings captain KL Rahul achieved this feat against Delhi Daredevils (now Delhi Capitals) in 2018 and Chennai Super Kings in the following year. Mumbai scored 83 for one wicket in the power play.

Ishan took the team’s score beyond 100 runs in the eighth over with a six on Rashid. Hardik Pandya (10), sent up in the batting order, also hit a six in the same over but Holder got him caught by Jason Roy. Young fast bowler Umran Malik gave a big blow to Mumbai by getting Ishaan caught by wicketkeeper Wriddhiman Saha in the next over. He hit 11 fours and four sixes in 32 balls.

Suryakumar also hit a six on Rashid but this leg-spinner got Krunal Pandya (09) caught by Nabi. Suryakumar Kaul hit three fours in the 17th over and during this he also completed half-century in 24 balls and took the team’s score beyond 200 runs. Holder sent Nathan Coulter-Nile (03) to the pavilion, but Suryakumar hit fours and sixes off his successive deliveries and then in the next over, Umran also hit three consecutive fours. In the last over of the innings, Holder dismissed Piyush Chawla (00) and Suryakumar.

Amazing government scheme, your money will double in this time

Team India's new jersey will be launched on October 13, T20 World Cup will start from October 17 Today’s match is very important for Rajasthan, less chance of change in RCB 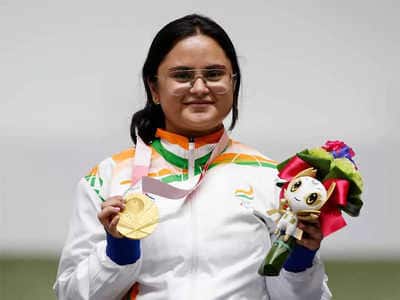 IPL 2021 Qualifier 1: Brian Lara’s prediction, told- who will win in Delhi and Chennai

Team India will play two practice matches before the World Cup, will compete with England and Australia