Under the guise of the new maritime law, China will also affect the economic interests of a country like India because about fifty-five percent of India’s total maritime trade is done through the South China Sea route. This can create obstacles for India in trade with Japan, South Korea and many ASEAN countries.

If a foreign ship does not give the requested information to China, then it will be free to take action against it. In fact, China has imposed this law to operate maritime shipping on its own. China on the pretext of this law South China Sea It will infiltrate the maritime borders of other countries and at the same time try to strengthen its claim on the shipping route of the South China Sea. Actually, trade of two hundred and forty six lakh crore rupees is done from the South China Sea. Through this route, India also does a business of about fourteen lakh crores annually. In fact, it is an important shipping route in the world, which accounts for a third of the world’s total maritime trade.

It is feared that China will harass foreign ships going to the East China Sea and South China Sea on the pretext of the new maritime law. Due to this, the danger of China’s dispute with many countries is on the head. Japan imports a lot of petroleum products through this route to meet its energy sector needs. The dispute between China and Japan regarding the maritime area is also not hidden from anyone. Under the guise of the new maritime law, China will also affect the economic interests of a country like India because about fifty-five percent of India’s total maritime trade is done through the South China Sea route.

The effect of this new action of China will now be that India may face obstacles in trade with Japan, South Korea and many ASEAN countries. There has also been an agreement between India and Vietnam for the exploration of gas and oil present in the sea area of ​​​​Vietnam. China has been objecting to this agreement from the beginning. China claims that the sea area that Vietnam claims as its own is actually China’s maritime territory.

The policy of Chinese expansion in the maritime sector is clear. China does not care about history, nor does it follow international laws and treaties, but it uses history according to its own accord to strengthen its false claims. To carry out expansionism, it has also been distorting with the evidence of history. The maritime laws that China has now made are in clear violation of international treaties and laws.

Due to its expansionist policies in rivers and seas, China has been at loggerheads with other communist countries as well. Examples are Vietnam and Russia. In the sixties of the last century, there was conflict between China and the then Soviet Union and the reason for this conflict was the islands of the Usri River, which China claimed as its own. Now he is infiltrating the sea area of ​​​​Vietnam. Significantly, there has also been conflict between China and Vietnam.

China has troubled many countries in the South China Sea. It has been claiming the maritime territory of Vietnam, Malaysia, Indonesia, Philippines in the South China Sea and has been claiming these as its territory. However, he has been making such claims for a long time and has been citing history in favor of them. China has been making claims to many maritime territories on the basis of maritime military campaigns carried out during the time of the Ming rulers. Even during the Corona period, China did not lag behind in this work.

When the world was engaged in dealing with Corona, Chinese ships were infiltrating the sea area of ​​​​Vietnam. China broke boats of Vietnamese fishermen. It collided with Malaysia’s oil mining vessels in the South China Sea. Indonesia also alleged that China tried to infiltrate its exclusive maritime economic zone.

The intentions behind the strategy to strengthen Chinese dominance in the maritime shipping sector are clear. China has been sensing the geopolitical threat in the way of road and rail transport. For example, the Belt and Road Initiative poses major threats to its expansion into Central Asia. For example, terrorism in Afghanistan and Pakistan has emerged as the biggest challenge to Chinese economic expansionism.

By the way, China is increasing its dominance over the region from the South China Sea to the Arabian Sea with a well thought out strategy. Because a large part of global trade passes through this sea route. Therefore, China is openly using its military to increase its dominance over maritime shipping. The People’s Liberation Army has increased its strength at sea.

Today China has a large navy which can show its power from the South China Sea to the Arabian Sea. The Chinese Navy has three hundred and fifty seagoing ships and submarines. Whereas the US Navy has two hundred and ninety-three seaplanes. Apart from this, China has also strengthened missile firepower to increase its strength in the maritime sector. China currently has one thousand two hundred and fifty ballistic and cruise missiles.

China has adopted a strategy to increase its power at sea by cooperating with Russia. Russia’s S-400 and S-300 missile systems will also strengthen China in the South China Sea. In fact, China is working on a plan to expand military bases in Myanmar, Thailand, Singapore, Indonesia, Pakistan, Sri Lanka, United Arab Emirates, Kenya, Seychelles, Tanzania, Angola and Tajikistan to increase its power at sea. China already has a military base in Djibouti.

The Chinese Communist Party says it now faces a bigger threat from possible cooperation between the US and India. India is posing a challenge to China in Asia. By the way, the alliance between America and India in the Asia-Pacific region is a challenge for China. Chinese strategists believe that the US and India can jointly block the Straits of Malacca. It was because of this fear that China had registered its military presence in the Gulf of Aden in 2008. After Xi Jinping came to power in 2013, the decision to increase China’s power in the maritime area was done rapidly. Maritime Silk Route finalized.

Balon Ke Liye Yoga: Increase hair growth with yoga, know how to do it and its benefits

Youth can be inspired by the innovation of Dilasees Singh 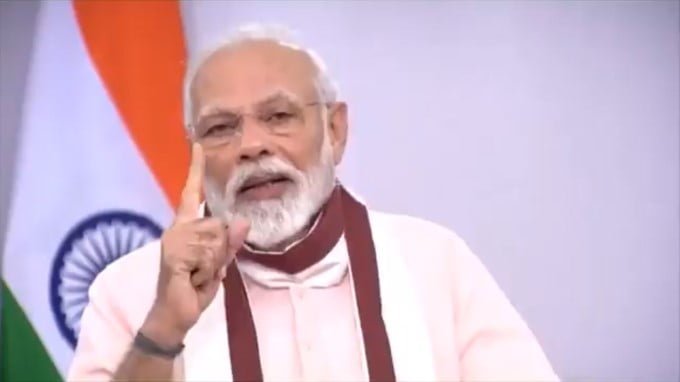 Need for awareness on plastic