Rajat Sharma interrupted Mayawati and said that when you used to give speeches, then such slogans used to be raised. Mayawati was a little angry on this.

Political excitement has increased in Uttar Pradesh regarding the upcoming assembly elections. From the ruling BJP to the Bahujan Samaj Party and the Samajwadi Party, parties are trying to work out the caste equation. Especially the eyes of BSP are on the upper caste vote bank. To woo the upper caste voters, the party is organizing enlightened conferences in all the districts. In one such conference in the past, when Mayawati’s trident was shown in her hand and slogans of Jai Shri Ram were raised, it became a topic of discussion.

Why the surprise? There was a time when Bahujans used to raise slogans like ’tilak, scales and sword, inko maro shoes chaar’ in Mayawati’s rallies and meetings. Later, when the BSP felt that it was necessary to bring the upper caste voters, especially the Brahmin voters, to come to power, slogans like ‘Hathi Nahi Ganesh Hai, Brahma-Vishnu Mahesh Hai’ started being raised.

When Mayawati had come a few years back in senior journalist Rajat Sharma’s popular program ‘Aap Ki Adalat’, she was questioned about the same issue. Rajat Sharma had asked Mayawati that you are accused of being a casteist because once the BSP’s slogan used to be ‘Tilak scales and swords, inko maro shoes chaar’…. BSP supremo Mayawati, while clarifying on this, had said that ‘in my voice or in the voice of Manyavar Kanshi Ram, if someone in the whole of India should tell that I have said this, then I will retire from politics.

Mayawati was angry: Rajat Sharma interrupts them and says that when you used to give speeches, you used to use such slogans. On this Mayawati gets a little annoyed and says ‘Have you ever heard? Do you have any record of my voice? Is there any tape? If yes then tell….

Mayawati further taunted that ‘only people like you would have come at night to write such slogans on the walls’. Mayawati had further said in this program that we want to build relationships with everyone, but with this we have to see where is the interest of Bahujan Samaj.

Health Care Tips In Hindi: Do not forget to eat these things with curd, health will deteriorate. 1 News Track English 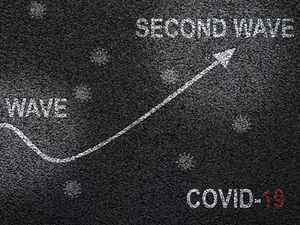 From Chetan Chauhan to Dadi Chandro Tomar, the UP government is keeping the names of roads in the name of many people.