Relatives of those killed by covid-19 in Argentina marched on Monday in her memory and protested against President Alberto Fernández for celebrating the first lady’s birthday last year when social gatherings were prohibited.

In a way of protest and remembrance, hundreds of stones with the names of those killed by the covid were left on the ground in front of the Casa Rosada, seat of the government, and in front of the presidential residence of Olivos, on the outskirts of Buenos Aires.

However, at night from the Presidency they reported that with all the stones “a space of memory” will be built.

“In relation to the so-called ‘March of the Stones’ that was held this afternoon in commemoration of the victims of Covid – 19, at the end of it the national government proceeded to collect the stones that were deposited with the names of the deceased to keep them appropriately and subsequently face the construction of a space in his memory, ”says the brief statement issued by the Government.

The so-called “march of the stones” was called after a photo of Fernández taken at the end of a dinner celebrating the birthday of the first lady Fabiola Yañez was released, along with a dozen guests at the presidential residence.

“We stayed doing what the president asked for and he did the opposite of what had to be done. And that is the rage, the repudiation and the silence. I think things are paid for and at some point the bill will be passed, ”said Raquel Corts, leaving her stones in front of the Casa Rosada.

“I came to bring the stones for my niece, 31, and her uncle, 58. The president does what he wants while we obeyed. Here we are and our relatives are there , ”Miriam Deleppe, a bereaved employee in the Plaza de Mayo, in the center of the capital, told AFP.

Also Read: The Diploma in Sports Promotion will be virtually dictated for the Castellanos Department

Verónica Mansilla, a teacher, contributed dozens of stones to meet people who could not get close. “I brought the stone for five relatives and neighbors , and I volunteered for this march. This week I added 70 more stones, which I brought today and I have already deposited them ”, he said.

In Argentina, a total of 109,105 people died and more than five million contracted coronavirus since the start of the pandemic, according to official figures on Monday.

What will be the future of women's football in Afghanistan? This person is worried in India 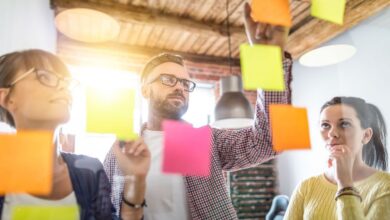 The techno moment: towards the generalization of foldable smartphones?