I have known Johnny Lever since he says he is part of the film industry (thirty years) – and I have known him from his days in Dharavi, Antop Hill and all the open spaces on the streets of Mumbai where he started was. Life as a mimicry artist! I must have met him for the first time when he was doing his first feature film “Jalwa” with Naseeruddin Shah in the lead role! He was so good as a comedian that I think Naseer will understand when I say that Johnny omitted some of the scenes right below his “little eyes” that were once seen as a big actor or star. To make up was considered a shortcoming!

That one role in “Jalwa” made Johnny one of the most wanted comedians in all kinds of film and he didn’t have to try and tell the world what a good comedian he was. There came a time when he was marked as one of the major highlights of his film and made both the filmmakers and the audience worth their money.
However, he did not stop doing his one-man show not only in India but also in different parts of the world. His comedy was always a feast for the whole family and the only time he got into serious trouble was when he lightly mocked the national flag at one of his shows in the Gulf, for which he was arrested and costed. had to do. A few nights at Arthur Road Jail. 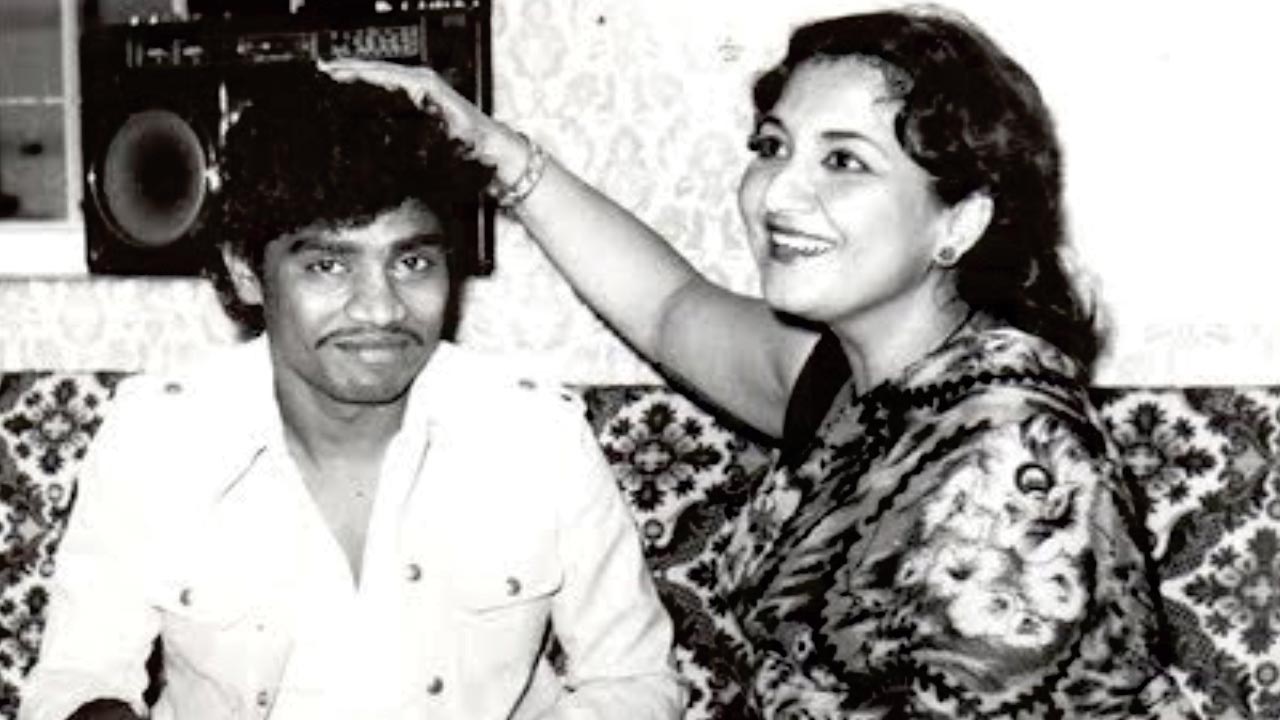 He never made the same mistake again and his comedy was still in the hearts of millions of people. He was the uncrowned king of comedy, until he was met by Jesus Christ, who asked him to dedicate his life, and Johnny cut his film assignments to serve his “Lord and Master Jesus Christ”. Who blessed him with the power to heal people spiritually and physically. The stories about the miracles he performed are legion, but the story narrated in a video sent to me by my friend Mr. PK Bajaj made me look and hear the video over twenty times on Sundays and in my eyes every time. There were tears…
Johnny was a special guest on a popular comic show and when it was his turn to speak, he forced the entire audience to stand up and gave them what seemed like an endless ovation.
She began her inspired talk in a very non-Johnny Lever style, saying that she had completed thirty years in the film industry and had seen many actors, but according to her there was no better actor than a real-life mother. 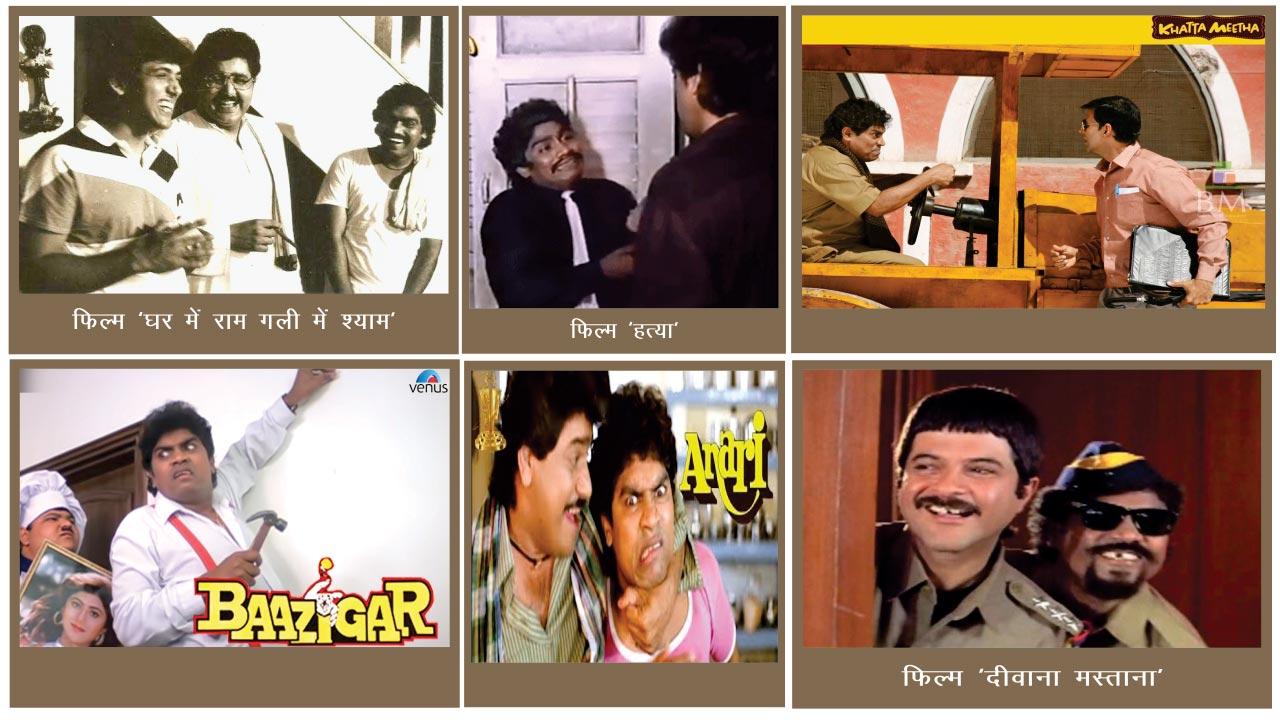 He further explained why he thought a mother was such a great actress according to him! He described the process of a mother trying her best to feed her two-year-old son. She was at her best when she “rejected” the baby while she was feeding him and did everything a child her age would ask her mother to please her so that she could finally eat. The house was torn apart by Johnny’s handling of the kid’s antics, and some of today’s best comedians stared at him in dismay and disbelief. He also danced like a mother would dance if her son had made it her ambition to eat. And she danced to a popular song and the audience gave her another round of applause. The child again asks to turn on the TV but like a normal mother she says “No TV during meal time” but she still turns on the TV to make the child happy. 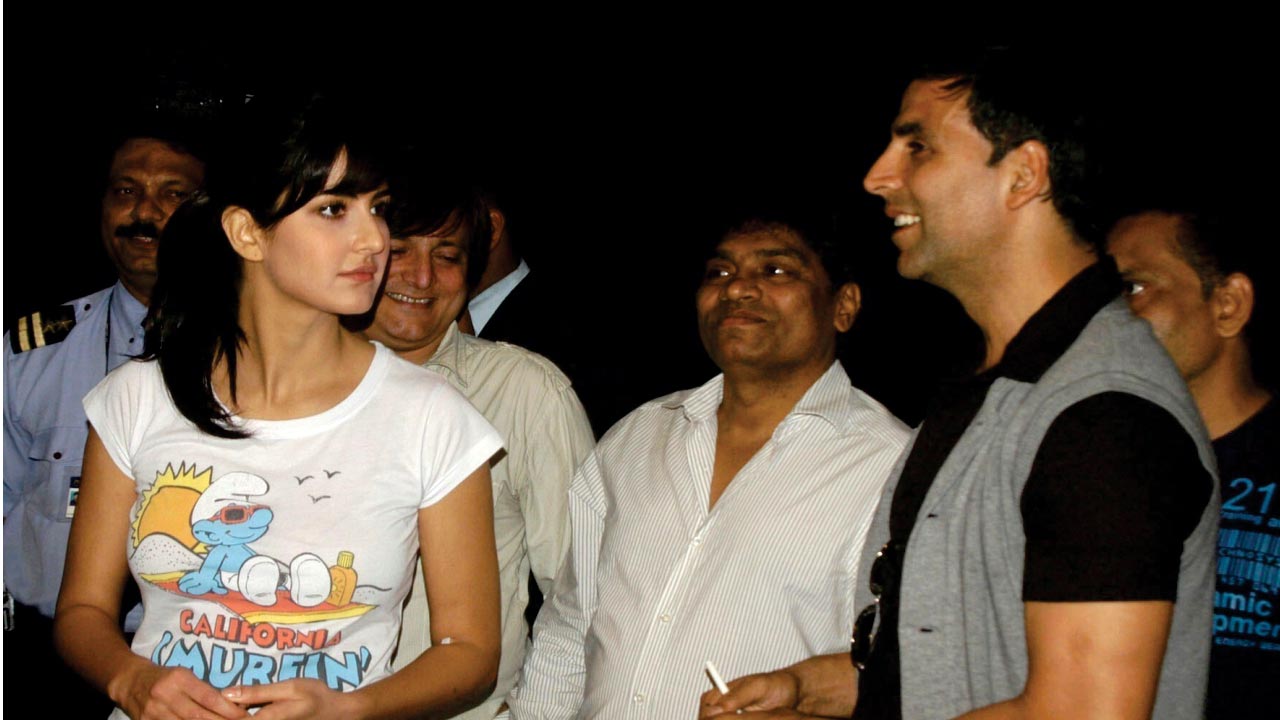 The child still hasn’t stopped with his antics. He wants to leave the room, his mother tries to stop him, but in the end he has to agree and she is surprised when he sees her jumping with joy when he sees a poster of Katrina Kaif and Gestures as if he wants Katrina for himself. In Johnny Lever, the mother says, “Hey Katrina Kaif, Salman ke haath nahi aaye, tere haath kya aayegi” and the audience laughs again. The most heartwarming moment of this mother-son moment is when he points to Naujot Singh Sidhu and calls out “Pappa Pappa” and in Johnny the mother sternly says, “Woh tere pappa nahi hai, sabko pappa pappa bole” In Johnny the mother again hears him saying “Pappa Papa” when she sees Sidhu and in Johnny the mother says, “If he were your papa, would we live in such a house?” “Another The great moment is when Johnny finally says, “Woh pappa nahi, anil ambani hai”..
Johnny now goes thirty years ahead when that two-year-old boy is a grown man and his mother is seventy-five very ill and lying in bed. The son who is a very big man comes to see him by his security guards with all their guns. The son asks the doctors about his mother’s condition and the doctors say that she is refusing to eat which is very important as she has to take some very strong medicines. The son talks to the mother very obediently, almost forcing her to eat, but she only murmurs a few inaudible words until the son is disgusted. He calls an equally old aunt and asks her to talk to his mother. Aunty says, “You will be a very big man, you will not understand their point now. When you spoke in so many children and parrot voice, then your mother used to understand. Your mother raised you by giving you the love of both father and mother. Today she is not asking for anything. He doesn’t even need a doctor, he doesn’t even need medicine, he just needs a bite from your hands for that. 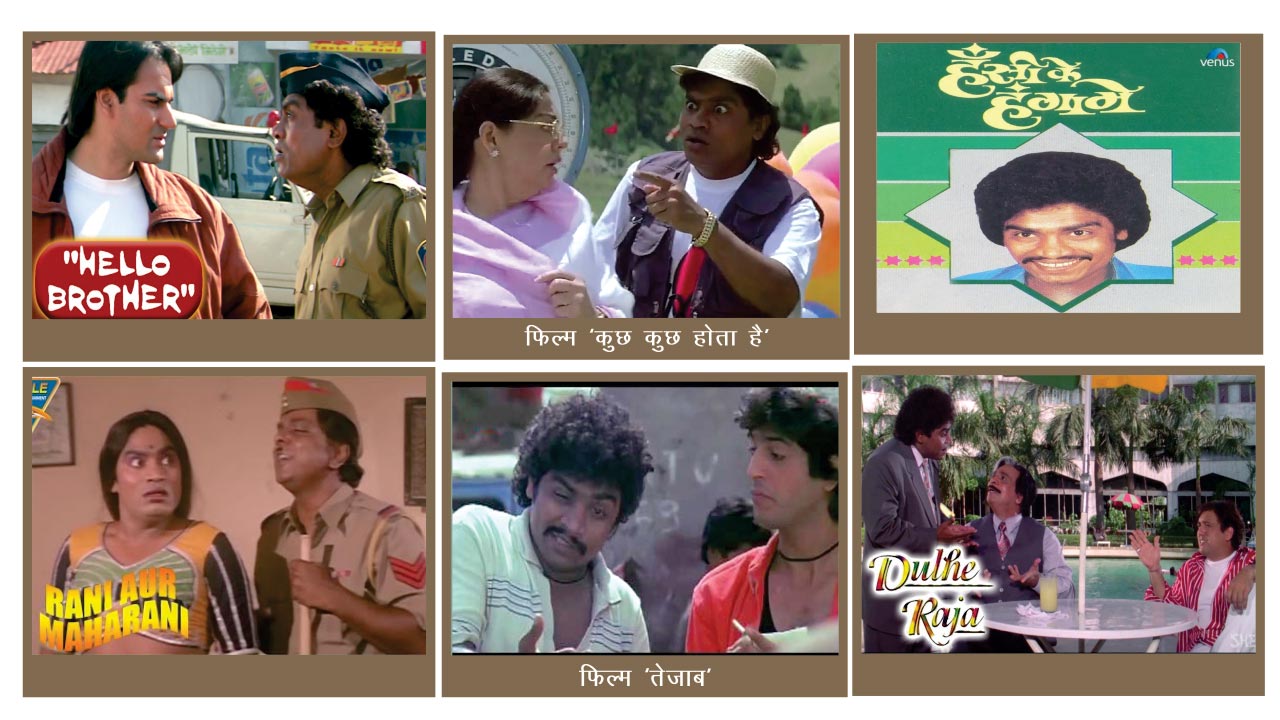 The entire audience is in tears and can’t stop clapping for Johnny, who was not only a major comedian at the moment, but one of the most experienced philosophers who knew how bad kids were with their parents. behave when they get old and are of no use. thrown into homes for the elderly, on the streets and over bridges of railway stations to beg and eventually die, a “gift” they receive from their ungrateful children for whom they sacrificed their entire lives … 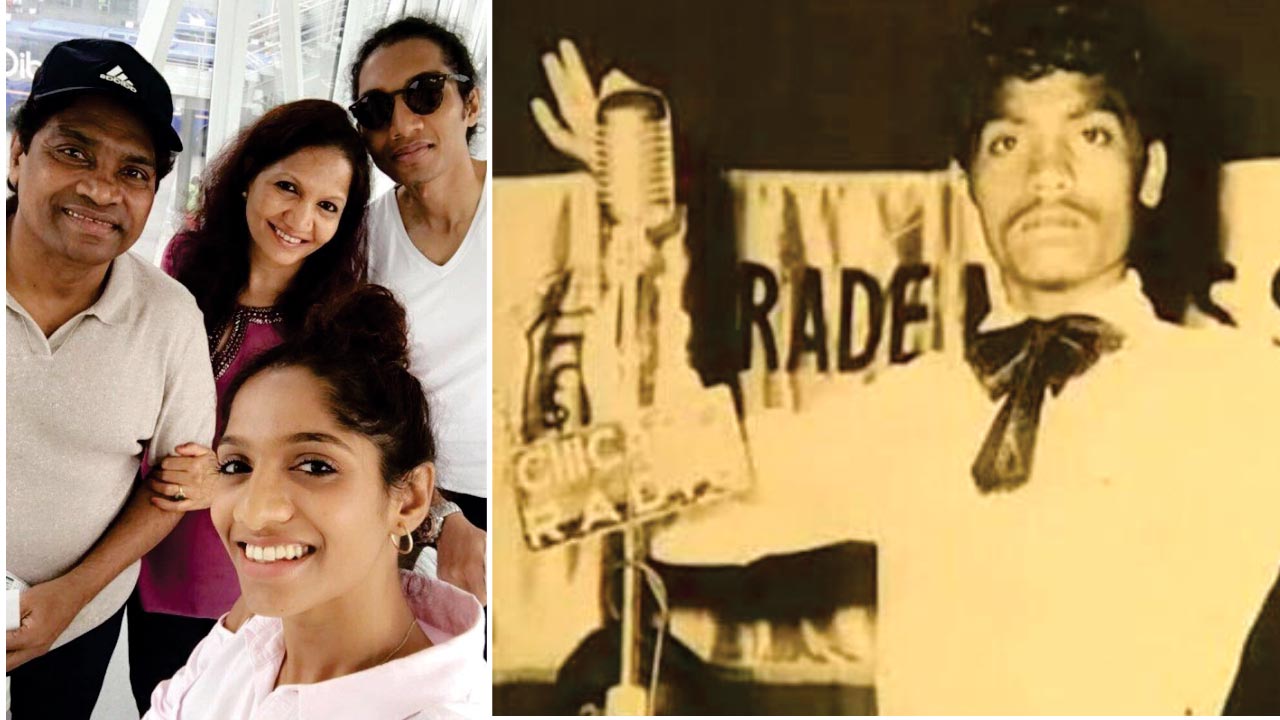 I want this one video with Johnny Lever to show his true side and life to be seen by every son and daughter who fail to know that the way they treat their parents will be in future They will also be treated by their own children.
you made my sunday, johnny bro and taught me a lesson i never got a chance to learn because i lost my parents long ago when i could treat them well or ill – treat them and like a I thank God for not giving me the opportunity, I will not be able to tolerate my behavior towards my papa and mama
Johnny makes people laugh a lot, everyone knows this, but Johnny is also a thinker, who knows? 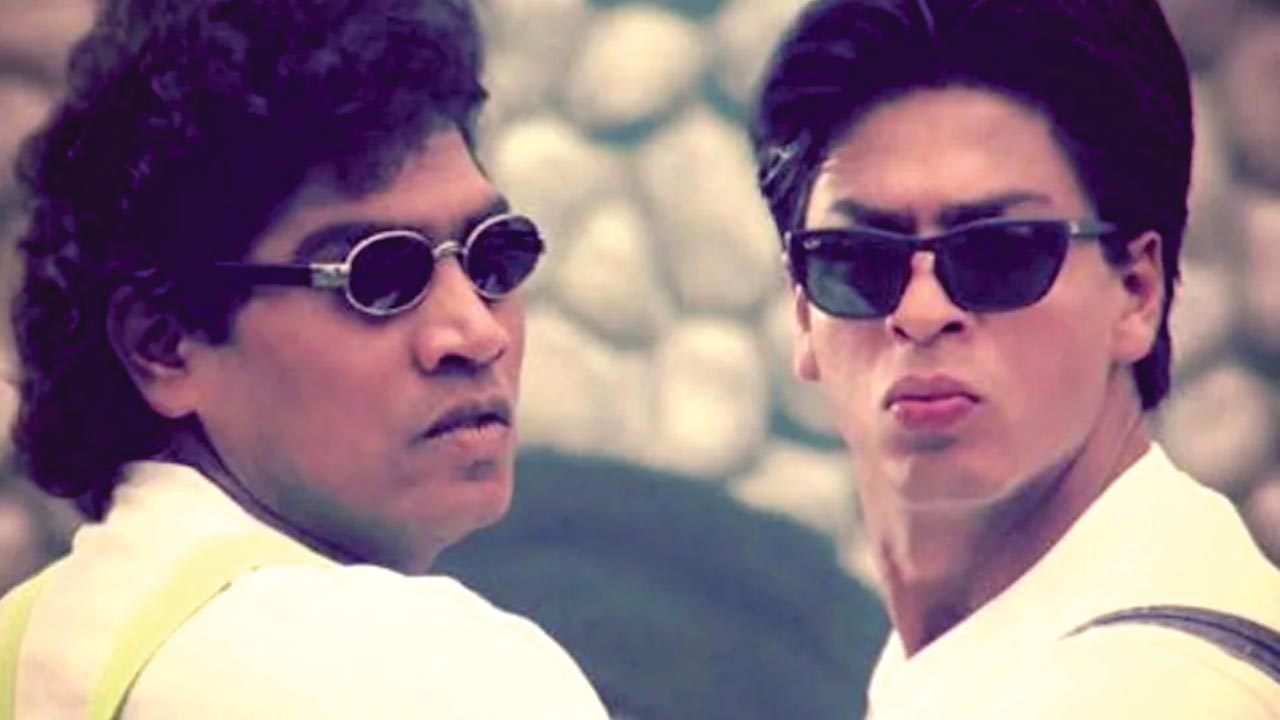 Kumar Vishwas says, "India is not just a piece of land but a feeling."

Varun Dhawan does not want to see Salman Khan on OTP, this is the big reason