GST On Notice Pay, Group Insurance & Mobile bills: Employers will now have to pay GST (Goods and Services Tax) on payment of services rendered by employees during the notice period, taking additional premiums from employees for group insurance policies and paying employees’ mobile phone bills. The Authority for Advance Ruling of the Income Tax Department has said this.

Now let me explain the news to you in detail. Actually if you have resigned where you are working and there. Working in the company under notice period. The company pays you money for working during the notice period. So according to the Authority for Advance Ruling, the company will have to pay GST on this amount. Not only this, if the company has taken a group insurance policy and charges a part of its premium from its employee, then the company will also have to pay GST on that additional premium amount. Apart from this, if the company pays the mobile bill, then GST will also have to be paid on it. Whereas GST has to be paid on mobile bill already.

Companies will put the burden on the employees

According to the order of the Authority for Advance Ruling, the companies will have to pay GST on these services. But it is obvious that if companies had to pay GST for these services, they would charge it from their employees only. That is, due to this order of the Authority for Advance Ruling, there is going to be an additional burden on the pockets of the employees.

Informed are expressing surprise at the decision

On the order of Authority for Advance Ruling, Ved Jain, former President of ICAI (Institute of Chartered Accountants of India) said that this order is very complex. The relationship between any employer and employee is not service. Services provided by an employer to his employer are outside the purview of GST. If the employer recovers from his employees for these services, then it is part of the mutual coordination of both of them, so it should remain out of the purview of GST.

Multibagger stocks: Only these 5 stocks have made millionaires, you have also invested 1 lakh, so today you will be the owner of more than 1 crore

Do you know these 2 secrets of iPhone 13 Pro Max, see what they are both in this video

Vaishno Devi Coin: This coin of Vaishno Devi will make you a millionaire, you can get full 5 lakhs PM Narendra Modi has a big meeting on cryptocurrencies: Sources Have you ever heard of gold in 1 rupee !! 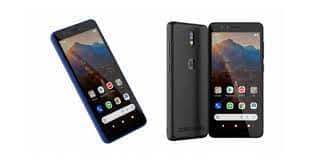