Ashes 2021 News: The first Test match of the Ashes Series 2021 is being played between England (ENG) and Australia (AUS) at the Gabba ground. On the first day, the England team was all out for just 147 runs in the first innings. Whereas on the second day Australia scored 300 runs for the loss of 6 wickets. Australia’s team has achieved a big lead. However, questions have started arising regarding the umpiring of this match. Former Australian captain Ricky Ponting has criticized the poor umpiring in the match.

Ben Stokes bowled 14 no balls
Australian batsman David Warner was dismissed for 17 runs off England’s Ben Stokes, but later checked, it turned out to be a no ball. In this way he got life and Warner played a brilliant innings of 94 runs. It was later learned that Stokes bowled most of the no balls in that over, which the umpires did not pay attention to. Not only this, Stokes bowled 14 no balls, but the umpires were negligent. Stokes has returned to the field after a long time and in such a situation, he was seen struggling for line and length.

There were 14 (!) no-balls bowled by Ben Stokes in the first session.

Just one was called on-field, plus the ‘wicket’ ball on review #Ashes pic.twitter.com/ePfj0YEaHH

Ricky Ponting furious over poor umpiring
Former Australian captain Ricky Ponting got furious over the bad umpire in the first Test match. During a conversation with a channel, he said that the person who has been given the responsibility of checking the no ball, if he does not do so then it is bad umpiring. Had the umpire paid attention to Ben Stokes first, he might not have bowled such a ball and Warner would have got the wicket. Ponting said that he wanted to know why the umpires did not consider it necessary to check the no ball.

Also read: IND vs SA: ICC’s big reaction to Rohit Sharma, the new ODI captain of the Indian team, know what was said on this decision

IND vs SA: Ajinkya Rahane stripped of vice-captaincy, got a place in the Test team, but may be out of the playing XI

Google employees got a gift, the company is getting 'double benefit'

Samsung has reduced the price of this smartphone by Rs 10000, here is the new price and offer 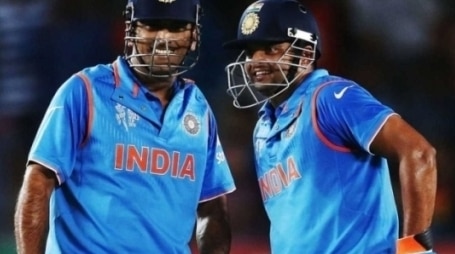 These players of Team India, who played in the last T20 World Cup, have retired Cricket Australia announced the team for the World Cup, in the hands of Aaron Finch What is Net Run Rate and how is it calculated?